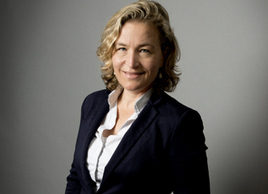 My print, online and digital work has appeared in media outlets across the globe, from the New York Times to the BBC. I'm fluent in Dutch and English, speak passable German and rusty French. I'm available for freelance writing, copy editing and producing digital content.

I got my lucky break into journalism in 1996, when I did an internship at CNN International in London, I started out as an economics reporter at the biggest Dutch daily, De Telegraaf, in Amsterdam in 1997. In 2002, I moved to London to join the BBC, where I worked on BBC Radio Five Live's Wake Up to Money and Financial World Tonight programmes and BBC News Online.

I moved to the Daily Telegraph's business desk in 2003, where I covered mining, support services and leisure and also did a stint editing the paper's City Diary. I joined Bloomberg News in 2005, covering commodity and financial markets, including the gold, platinum and diamond sectors for the first three years, followed by Olympic sports and sports business. I was Bloomberg's chief tennis writer from 2008 until September 2015.

When I'm not working, I love spending time with my young son on the beach. I'm also a tennis, horse-riding and skiing fanatic, and have competed in five London Triathlons.