I'm a multi-media sports & business writer, journalist and digital content creator, who has worked for the world's biggest media companies, including the Daily Telegraph, the BBC, De Telegraaf and Bloomberg News. My freelance work has appeared in the New York Times, CNN, Forbes, Reuters and ESPN while I also create corporate content. My work was short-listed for The Drum online media awards 2017 (Best Freelance Writer) and the 2018 SJA Awards (Investigative Sports Reporter).

Anne Worcester, a former chief executive officer of the WTA, believes the time has come for the men’s and women’s tennis Tours to join forces for the greater good of the sport. The coronavirus pandemic has created an existential threat to the world of tennis, with scores of tournaments being canceled until at least July 13.
Forbes Link to Story

(CNN)Nicole Gibbs was only 17 and climbing the junior tennis rankings when the online abuse began. What started with a few aggressive messages on her Facebook page following some of her junior matches continued sporadically when she played college tennis at Stanford University in California. But it wasn't until 2013, the year she turned professional, "when the attacks really began pouring in," Gibbs told CNN.
CNN International Link to Story

The Late ’70s Ushered In a New Women’s Tennis Rivalry: Chrissie vs. Martina

Five years after the Women’s Tennis Association was founded in a London hotel room by Billie Jean King and more than 60 players, 1978 marked the beginning of a rivalry that would define the women’s game for years to come: Chrissie vs. Over the course of 16 years, Florida’s Chris Evert, and Prague-born Martina Navratilova would play each other 80 times — 60 of them in finals.
The New York Times Link to Story

Novak Djokovic and the Adria Tour: the exhibition event that shocked tennis

(CNN)Novak Djokovic should have been stepping out this Monday at Wimbledon, opening the Championships as the defending champion. Unlike other exhibition events during the pandemic, there was limited social distancing on the Adria Tour, which was played to crowded stadiums, with players hugging and high-fiving each other, playing basketball and dancing together.
CNN International Link to Story

Wimbledon, England (CNN)Photographers gather as Leo Borg, the world's 356th-ranked junior, takes to the court in the junior Wimbledon qualifying event. It's an unusually large gaggle of snappers for this level, but that's because the 16-year-old Swede is no ordinary tennis player. He is the son of the legendary Bjorn Borg, the 11-time grand slam winner who became a global superstar in the 1970s courtesy of his movie-star looks, long blonde hair and stunning performances on the court.
CNN International Link to Story

Wimbledon Is On The Hunt For Its First Chinese Champion

China’s top junior tennis players line up nervously as Li Na enters the Beijing National Tennis Centre. Li, China’s first major singles champion and one of the country’s most recognizable faces, is working with 24 budding tennis stars as part of her involvement with the Road to Wimbledon China, held in March.
Forbes Link to Story

(CNN)If you want an idea of the challenges Brexit negotiators on both sides of the table face ahead of the summit in Brussels later this month, look no further than the world of horse racing. Known as the "Sport of Kings" for its centuries-long connection with royalty, a so-called "hard Brexit" could have serious consequences for both the British and Irish horse racing industries.
CNN International Link to Story

LONDON (Reuters) - Want to train like Serena Williams or Rafa Nadal? You now can, but it will come at a cost. The Rafa Nadal Tennis Academy, which opened last autumn on the Spanish island of Mallorca, is charging kids 56,000 euros ($62,000) a year for tennis lessons and school. Patrick Mouratoglou’s new academy on the French Riviera, where his protege Serena Williams and Novak Djokovic have trained, will set you back close to 40,000 euros a year, while the IMG Academy in Florida costs $78,250.
Reuters Link to Story

When defender Casey Stoney joined the Arsenal women’s soccer team from Chelsea in 2000, she had to take a part-time job to support herself. Working in the club’s laundry, she washed the uniforms of the men’s team, whose players included Dutch star Dennis Bergkamp. “Thankfully, now I don’t have to do anything like that,” says Stoney, 31, who captained the unified Great Britain women’s team in the London Olympics last year and now plays for the semipro Lincoln squad.
Bloomberg Link to Story

The Only Thing Serena Williams Struggles to Win Is Endorsements

Serena Williams is on the cusp of making sports history, yet she’s still not No. 1 with marketers. That could change with a victory at the U.S. Open, which would secure tennis’s first calendar-year sweep of the four majors since Steffi Graf did it in 1988. Williams is the first No. 1 player to have twice as many ranking points as the No. 2, while her 21 major singles championships equal the rest of the women’s field combined.
Bloomberg Link to Story

Qatar plays the ponies - in a big way

My print, online and digital work has appeared in media outlets across the globe, from the New York Times to the BBC. I'm fluent in Dutch and English, speak passable German and rusty French. I'm available for freelance writing, copy editing and producing digital content.

I got my lucky break into journalism in 1996, when I did an internship at CNN International in London, I started out as an economics reporter at the biggest Dutch daily, De Telegraaf, in Amsterdam in 1997. In 2002, I moved to London to join the BBC, where I worked on BBC Radio Five Live's Wake Up to Money and Financial World Tonight programmes and BBC News Online.

I moved to the Daily Telegraph's business desk in 2003, where I covered mining, support services and leisure and also did a stint editing the paper's City Diary. I joined Bloomberg News in 2005, covering commodity and financial markets, including the gold, platinum and diamond sectors for the first three years, followed by Olympic sports and sports business. I was Bloomberg's chief tennis writer from 2008 until September 2015.

When I'm not working, I love spending time with my young son on the beach. I'm also a tennis, horse-riding and skiing fanatic, and have competed in five London Triathlons. 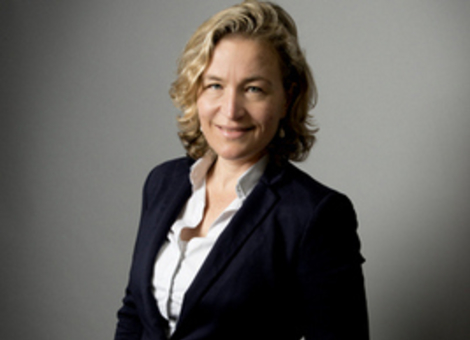